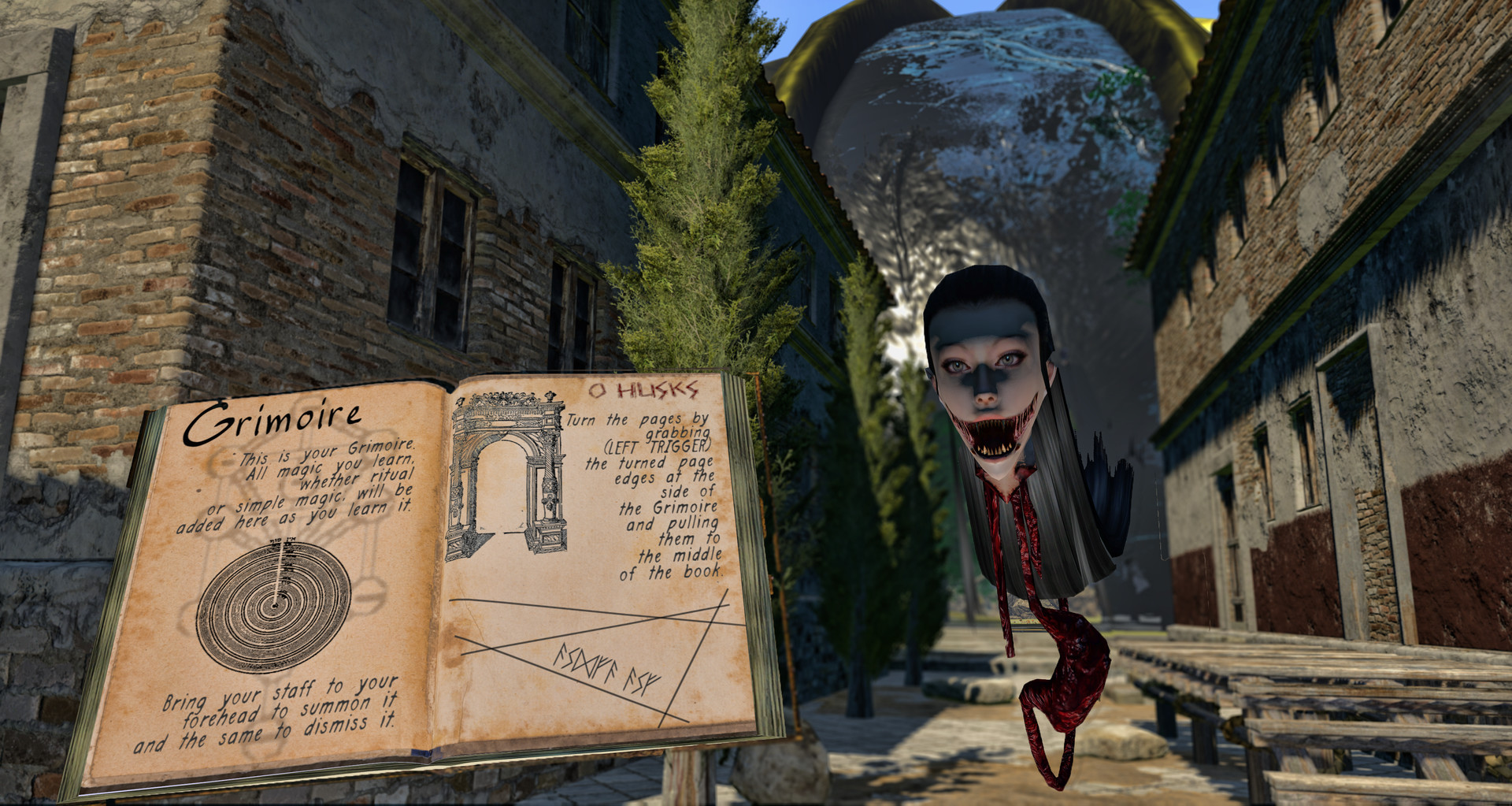 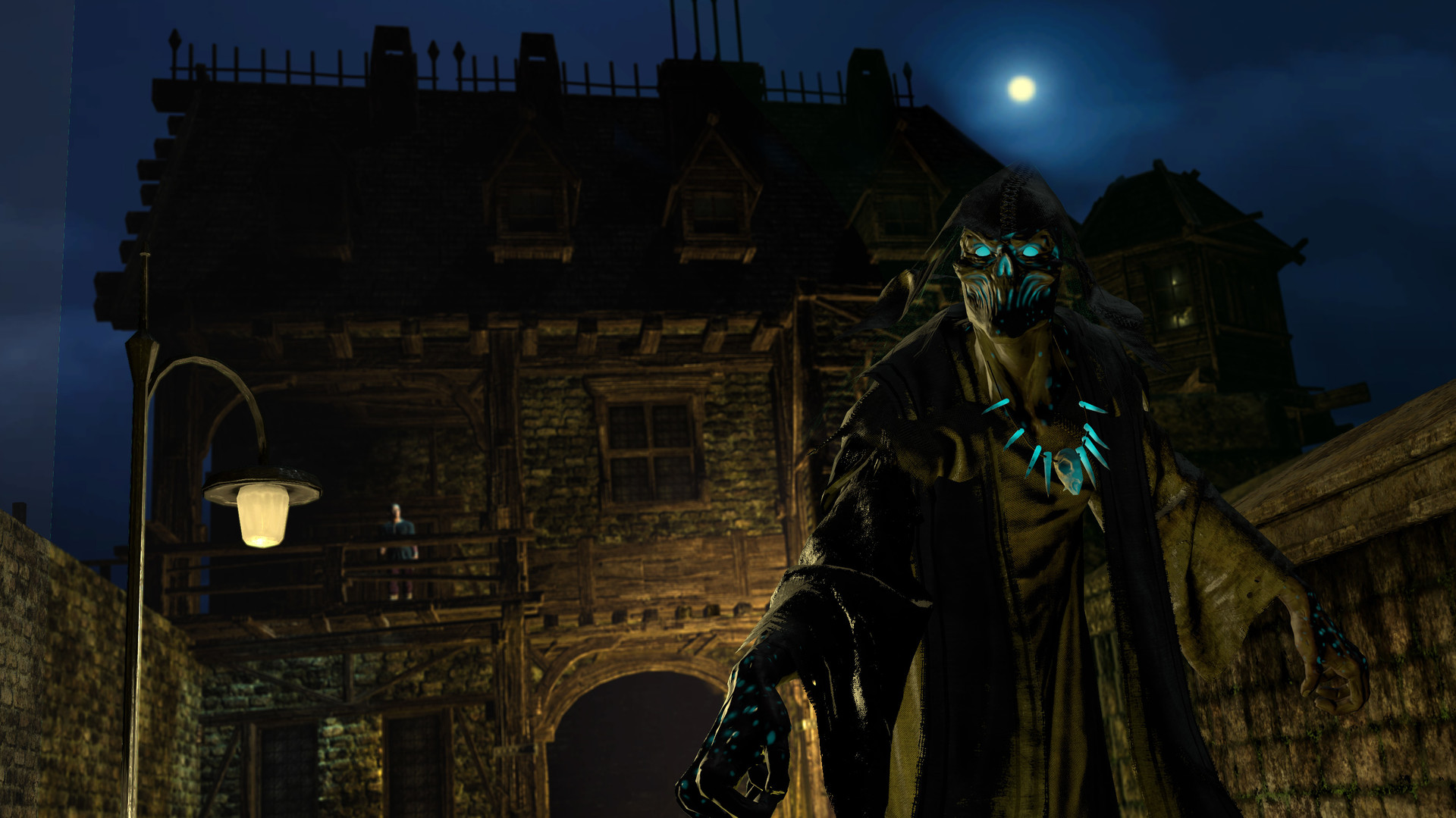 I’m very pleased to announce the official release of Left-Hand Path’s final two areas, Samael and Xanadu. Between them and the rest of Left-Hand Path, they bring the game’s total play time in VR up to around 15 hours!

(If you’re not aware of Left-Hand Path: it’s a Dark Souls inspired VR horror/rpg where you learn and cast spells by drawing runes in the air. You can buy it from Steam here - it’s currently on the Steam Sale at 16% off.) 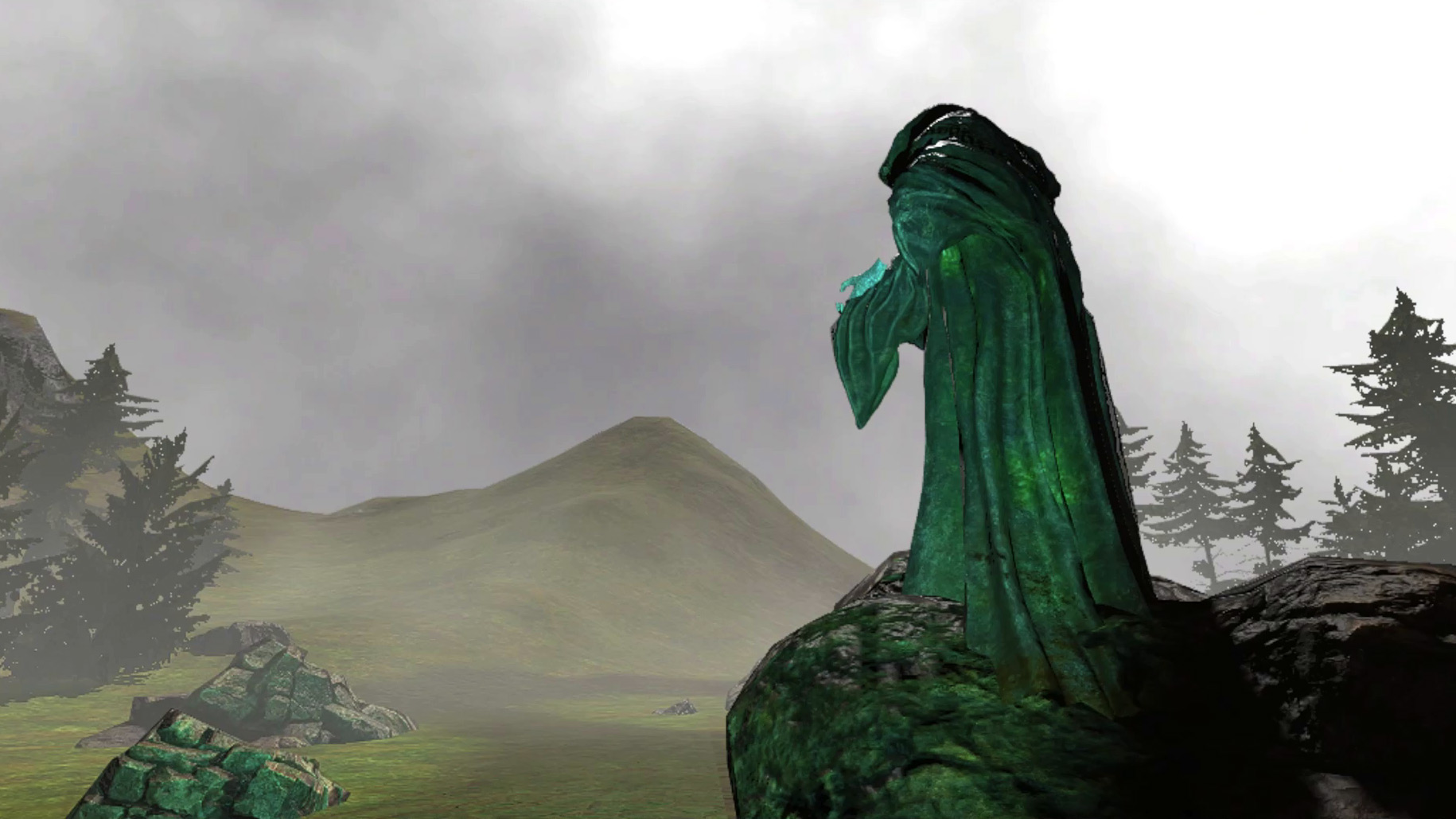 What’s In This Release?

This is a huge patch with:

If you’ve played Left-Hand Path before and don’t want to get through all the content again to experience the new stuff, there’s a way to get straight to the new bit.

We’re still in Early Access, so it’s possible you’ll encounter some bugs. Please let me know if you do!

On very low-end systems near minimum spec, I’m aware of one performance bug related to unusually long play times. If you find your system starting to lag badly, get yourself killed or restart Left-Hand Path once you hit a Screaming Head. That will completely reset the lag. I’m looking into this bug actively, and please do let me know if it affects you.

I’m still actively developing, tuning and polishing as I move toward full 1.0 release, so all bug reports greatly appreciated.

This patch is probably the most ambitious one in Left-Hand Path, and it’s been a long slog of six months to get it out there.

If you’d like to discuss the game with other players, feel free to jump on the Steam forums, or I’ve started a discussion of the latest patch over on Reddit’s /r/vive subreddit: https://www.reddit.com/r/Vive/comments/6k0lt9/lefthand_path_070_released_5hr_more_playtime_2/

The Gamichicoth update adds around 5 hours of gameplay. Yes, you did read that right.

In fact, combined with the content already in Left-Hand Path, I think this makes Left-Hand Path the longest single-player narrative (i.e. not wave-based) dedicated Vive game available at around 9-10 hours total play time.

Here’s more detail on what you’ll encounter in the streets, tunnels and caves of Gamichicoth:

The price will probably increase one more time before full release to reflect those new areas: if you buy it now you’ll get them for free, of course..

Or if you already have Left-Hand Path, you can access the new area from the gate behind the final boss in Sathariel, which used to lead to The End.

(If you really, really don’t want to fight the final boss of Sathariel again, contact me and I’ll tell you the Secret Way to get to Gamichicoth without having to do that.)

I’m really looking forward to hearing what you think. Please do feel free to contact me on Reddit (PM or comment - www.reddit.com/u/cairmen ), on Twitter, or on the Steam discussion forums - and if you enjoy it, please do leave a Steam review too! This is still an Early Access title and I’m a one-man band, so there may be some bugs - contact me if you hit any and I’ll get ‘em fixed!

As always after I do a launch, I’m going to be hammering F5 for the next couple of days so that I catch any early issues.

Thanks, enjoy, and try not to go through too many pairs of underwear on your way into the depths of Gamichicoth…

Yes, you can now prepare to die in VR!

Left-Hand Path, my Dark Souls-inspired RPG where you cast spells by drawing arcane glyphs in the air, is now available on Steam.

You awaken in a darkened castle – or is it something else? – full of dangerous creatures, a history of tragedy, and arcane powers that you can wield. From there, you’ll delve into the weird landscape of the Well Of All Rewards…

The store page and trailer are now both live at

About a month ago, the HTC Vive VR headset arrived on my doorstep.

I was very busy at the time finishing off a film and developing a 2D RPG, but I thought I’d play with it for an evening anyway.

Approximately 2 hours later, I emerged, and said “holy crap, this is the future.”

I put all projects aside from the film (released a week later as Dangerous Treasures), and decided to focus on VR exclusively for the indefinite future.

(I also drilled not one but two holes in my office wall so that I could run the Vive through into a larger room for more room-scale space.)

And a month later, I have an alpha test version of a Dark Souls-inspired RPG for the Vive, with the current working titles of either “Magic Of The Dark” or “The Left-Handed Path” depending on which one I think sounds cooler at the time.

It’s not ready to come out yet, but it will be soon-ish. When It’s Done.

It’s a dark RPG inspired by a crossover between Dark Souls (mood, level design, combat, leveling system) and Amnesia (storytelling style, general pants-wetting terror), with a heavy dose of my own couple of decades writing fantasy for the screen and pen-and-paper games.

Probably the biggest stand-out feature is the magic system, which you control by drawing magical symbols in the air, and the ritual magic system, which involves a full-on “light candles, draw protective circles, invoke the spirits, cast toward appropriate cardinal points” system. I really want to make you feel like a wizard (Harry), and I think it’s succeeding.

Having spent the last half hour debugging the ritual magic system in my upcoming VR game, I can conclusively say the unnamed protagonist of “Kubla Khan” got off easy only having to weave a circle around him thrice. I’ve had to weave this bloody circle about 35 times now and it’s still buggy. - Me on Facebook yesterday.

So far, I’ve succeeded in causing multiple people to leap across the room, muttered “coooooool” under my breath many many times during development, and accidentally gotten a zombie in the face once. Fun story.

So yes. No images or video yet (Monday, maybe), but it’s coming, it’s coming soon, and it’ll make you feel like a dark, scary, possibly-undead wizard.

It’s time for another VR experiment!

RaftGame is a rafting sim - as simple as that. Paddle frantically around a course, try and get the best possible time, and don’t capsize (it is possible, trust me).

This is a very minimal VR experiment - to a full-fledged indie game as Valve’s “Lab” experiments are to their full game releases.

However, if you like it, I’ll definitely be looking to develop it into a full-fledged VR game for Vive initially and Oculus Rift when Touch comes out. So do let me know if you’d like to see that!

And if you’d like to hear when I release future test projects (I’ve got a stealth game, a knife-fighting sim, a Dark Souls inspired RPG and more coming up), you can join my updates list. Updates are VERY infrequent, so don’t worry about too many messages coming through!

Find Out About Future VR Updates

Finally, I’d really love to hear what you think of “Raft Game”.

I recieved my HTC Vive roomscale VR device last week, and I’m phenomenally impressed. It’s a massive leap forward from the seated VR experiences of the Oculus Rift Developer Kits, and much closer to what I would consider “True” Virtual Reality.

As a result, I’ve immediately leaped into test development for it.

So here’s a small proof of concept: nothing complex, just a viewer for a few of Valve’s Dota 2 game models.

It’s interesting and impressive how well some of them, particularly Crystal Maiden and Antimage, work in the VR environment.

Here’s a short video of the DOTAViewer in use:

Notes and instructions for use:

These geeks think of themselves as 2016’s Indiana Jones. Too bad the thing they’ve awoken knew Cthulhu. Personally.

And please do join in the conversation about it on Reddit or Hacker News! I’ll update those links once they’re up.

If you’re at Conpulsion in Edinburgh tomorrow, you’ll be able to catch the World Premiere of my next film, “Dangerous Treasures”.

It’s premiering in the Middle Reading Room at the Teviot venue, 6:15pm.

Should be a great time!